Get fresh music recommendations delivered to your inbox every Friday.
We've updated our Terms of Use. You can review the changes here.

Truths and Lies and Make​-​Believe 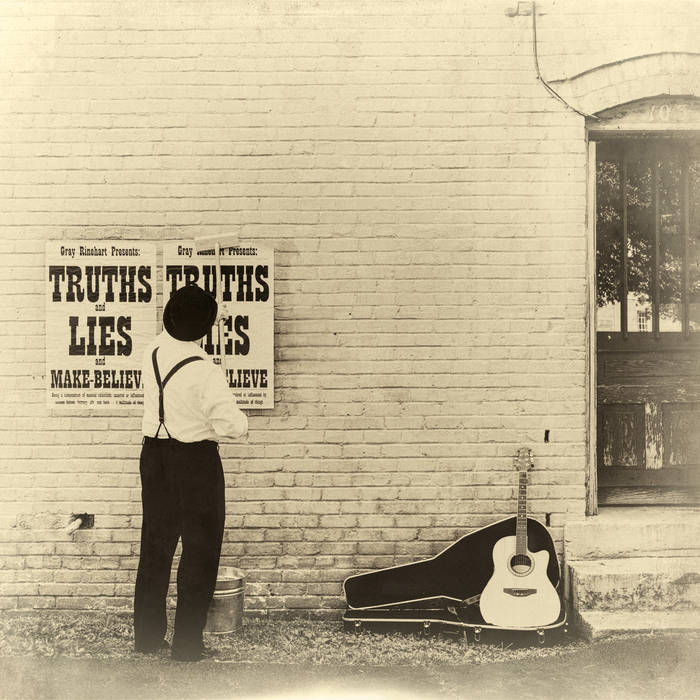 Songs inspired variously by: Firefly/Serenity, Star Trek, Star Wars, and many other shows; the Monster Hunter International series by Larry Correia, the Harry Potter series by J.K. Rowling, The Lord of the Rings by J.R.R. Tolkien, and many other stories; every arrogant, megalomaniacal politician who ever served a day in public office; Moses, Peter, Thomas, and many other Biblical figures who show that even inarticulate, inconsistent, and doubting people are welcome in God's Kingdom; and more.

Words and music by Gray Rinehart
Arrangements by Mark Minervino

Special Thanks ...
To Edmund Schubert for his lyrical contribution to "Day to Day Disguises."
To James Maxey for requesting an original song for his Winter Tales event.
To Stephen Weese and Fans For Christ for the genesis of "Dare to Do Great Things."
To Betty Adorno, Stephanie Rinehart, Elizabeth Scott, and Jessica Smith (pictured inside the CD and on the bonus image, with Gray).
To my wife, Jill, and my family and friends, for encouragement, opportunities, and inspiration.
___

Bandcamp Daily  your guide to the world of Bandcamp

Guests John Beltran and Kim Myhr walk us through their magical musical adventures.